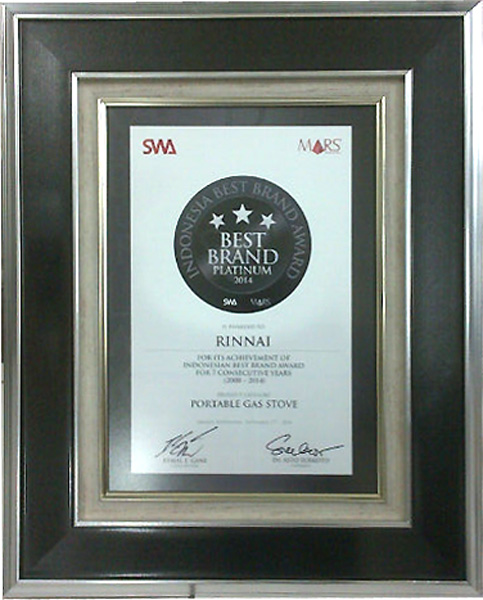 The Best Brand Awards is a program that celebrates the best of the best—excellent brands in each category—with brands tapped every year based on survey results by SWA to assess awareness through advertising, brand recognition, market share and customer satisfaction. Rinnai Indonesia has captured this honor since 2008, making for an unbroken reign of seven straight years.

In Indonesia, kerosene-burning stoves were once a common sight in kitchens across the country. But in 2005, the government initiated a kerosene-to-LPG conversion program for households to encourage wider use of LPG. Under the program, gas cylinders, single-burner cooking stoves and gas regulators were supplied to about 54 million households free of charge, which spurred the shift from kerosene to LPG.

Rinnai will maintain its focus on three themes—heat and lifestyles, quality, and contributing to local communities—that infuse the Rinnai Spirit and will strive to develop overseas operations well-matched to local market needs.